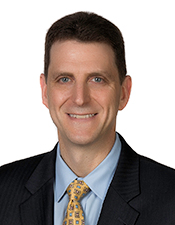 Scott began his professional career in 1991 as a civil engineer and became a licensed Professional Engineer in 1994. Scott’s engineering career involved working briefly for the State of Connecticut Department of Transportation as a construction inspector, followed by over 10 years as a project manager and estimator for a general contractor, handling the preparation of bids and the negotiation of change orders, claims and contract disputes.

Since obtaining a law degree in 2001, Scott practiced almost exclusively in the area of construction law until becoming a registered Patent Attorney. His construction industry experience is a tremendous asset that he relies upon when negotiating or litigating construction contract disputes.

Some of Scott’s previous legal career accomplishments are: